Journalist: Congratulations on getting Belobog Industries back on its feet. It's quite surprising to many. What's your comment on it?

Koleda: Hmph, isn't it a matter of course? Since everyone's been working so hard.

Journalist: So what's Belobog's next goal?

Koleda: There's only one goal: to be the best in the industry.

Journalist: Very ambitious! Anything else you want to tell our audience?

Koleda: I won't accept your interview if you put the mic so high up next time. 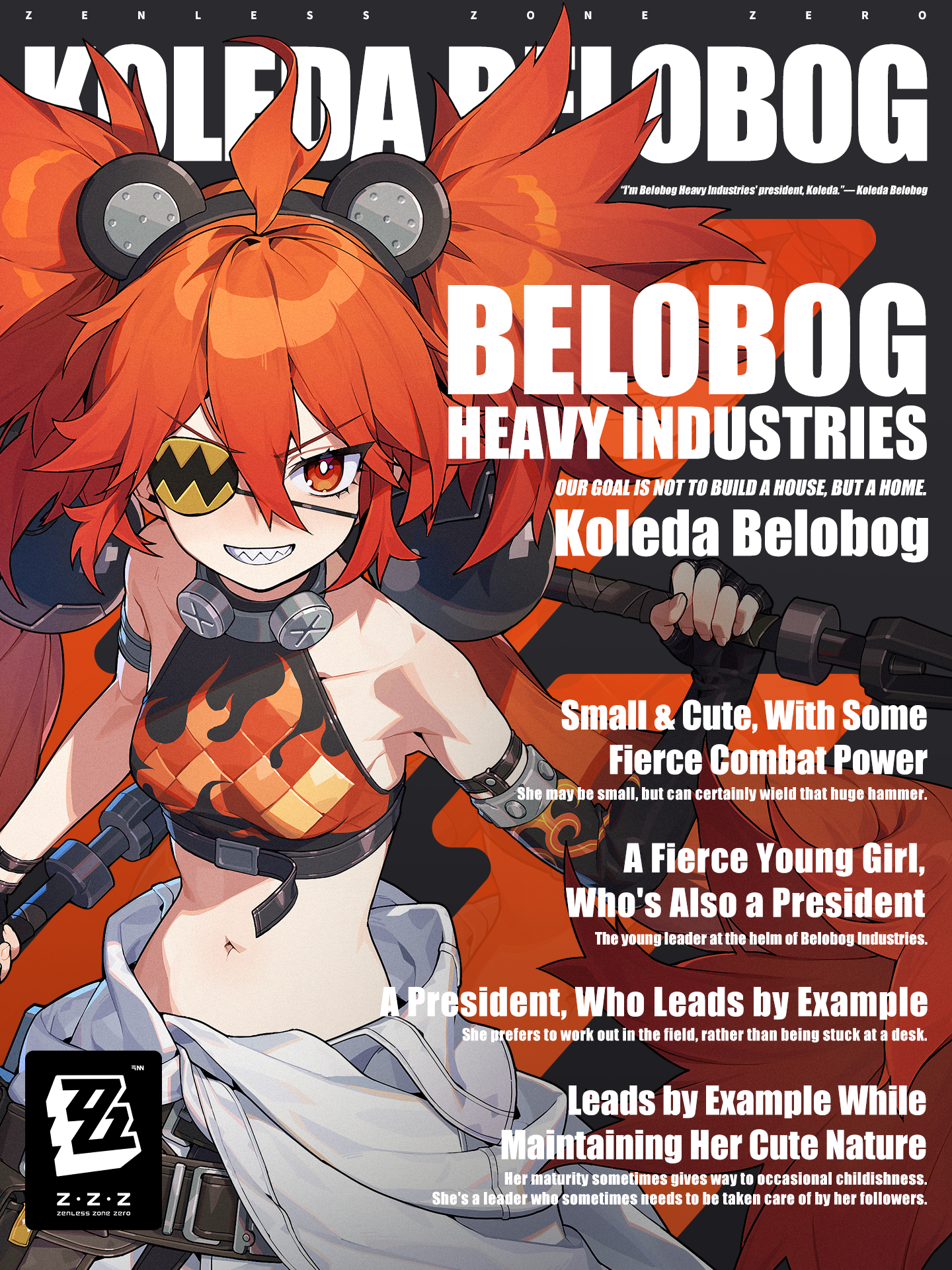